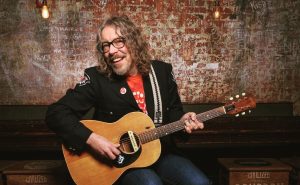 “Dexter-based singer/songwriter Mike Gentry truly treasures the power of music and when he performs, he’s essentially a generator its empathic energies. Gentry is in his element when he’s sharing his blends of folk odes and Americana-rock ballads with a room of perfect strangers. He appreciates each concert as another opportunity to forge profound connections with his audience through relatable experiences. Gentry has a vibrant personality that makes itself evident in the charismatic banter and anecdotes he shares between songs—but that’s all part of what feeds into the luminosity of his songs and his live sets. More than that, his ear-to-ear smile not only offsets some of the poetic catharsis and heart-weary coping manifested in his music, but that eruptive laugh of his represents a gladness—a gladness to be here, with his guitar, with his band, affably holding court over a roomful of music lovers. There have been more than a few formidable bumps along Gentry’s road—some of which you’ll hear about on his new self-titled album, others of which you can learn through intimate retellings threaded throughout his concerts. He’s glad—and that gladness tends to catch on easy when you hear his songs. – Jeff Milo 2018

Here’s what is going to happen. You’re going to meet a man with long hair, an old guitar and a lifetime of experiences artfully woven into timeless songs. He will guilelessly convince you to suspend your reservations, and before long his perceptive and poignant stories will resound with your own, and you will have met a friend. Mike Gentry is what they used to call a troubadour, and his performance will be a source of genuine musical enjoyment. ”   -Dave Solo

Mike Gentry’s love for music kicked in early in life. He credits Elvis Presley with being his first musical influence. Mike began playing guitar while attending Dexter High School and fronted the local bands Max and True Story. In 1986 he moved to Hollywood to study at the Guitar Institute of Technology/Musicians Institute, where he learned his craft first-hand from Paul Gilbert, Keith Wyatt, Tommy Tedesco, Howard Roberts, and other luminaries.

From 1989 until 1994, Mike worked at A&M Records in Hollywood. After the 1994 Northridge earthquake, he moved back to Michigan to attend Eastern Michigan University, where he studied music education. In 2003 he and his band Shining Farmer released their self-titled CD. For a dozen years Mike was the director and guitar and drum instructor at SE Michigan’s National Music Workshop’s Day Jams program.

These days, Mike regularly performs as a singer-songwriter around South-Eastern Michigan, appearing at the Plymouth Coffee Bean, Black Fire Winery,  Crazy Wisdom Bookstore and Tea Room, Dearborn Brewing, and many other venues.

“Singer, songwriter, and guitarist, Mike Gentry is among the very best Michigan-based musicians playing today. He’s brilliant at coffeehouse-approved acoustic music, blistering hard rock, and most styles in between. Mike is a superlative player, compelling singer, and brilliant songwriter. Best of all, audiences love the guy and his songs!”

“Gentry is a guitar-toting music freak who with his characteristic devil-may-care attitude, still does things his way and manages to get away with it.”

“Original music spans decades for Gentry, and he’s got a slew of originals to entertain the audience.” 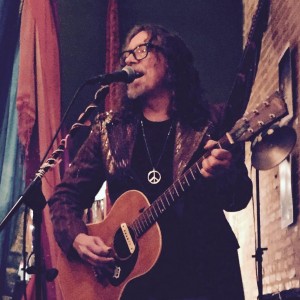